Traditional Quality Beef and Pork straight from the heart of Hertfordshire

Seasonal food is important for extra freshness, value and flavour, find out ‘what’s in season’ this month and how to make the most of seasonal flavours from our Farm shop.

Also known as scallions or green onions, spring onions are in fact very young onions, harvested before the bulb has had a chance to swell. Both the long, slender green tops and the small white bulb are edible, and are good either raw or cooked. They have a similar flavour to onions, but are much milder , most common ussed in salads and stir-frys. 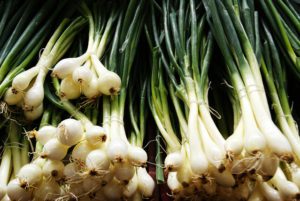 This untidy-looking, colourful cousin of broccoli can be used in much the same way. Leafier and deeper in colour than calabrese, it adds vibrancy and crunch to vegetable dishes availble from end of February to April. Trim any woody stem ends or tough leaves with a knife. Divide into small, individual florets, each with a short stem, and diagonally slice the thicker stems. Rinse under cold water. Broccoli boils or steams in 3-6 minutes, depending on the size of floret. In stir-fries, cook it for a couple of minutes, until tender. 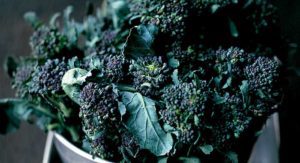 A member of the cabbage family, kale comes in two forms: kale, which has smooth leaves, and curly kale, which has crinkly leaves, curly kale is the most common of the two. Instead of forming a head, the leaves grow in a loose rosette at the top of a stem. The leaves are green, sometimes tinged with blue or purple, and their flavour is strong and distinct mainly used as a side dish cooked and added with butter or gently fried in some olive oil and sea salt. 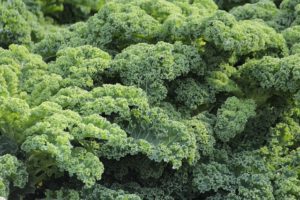 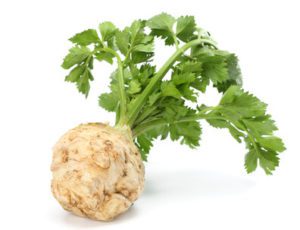 The unsung hero of the vegetable world, knobbly, odd-shaped celeriac has a subtle, celery-like flavour, with nutty overtones. Try it as mash or mixed with potaotes with slow-cook dishes. Using a sharp knife, top and tail the celeriac, then use a peeler to remove the tough skin. Expect to discard about a quarter of the celeriac by the time you’ve done this, a flavourable vegetable goes great with meat or fish.

The fact that the parsnip is a member of the carrot family comes as no surprise, it looks just like one, aside from its creamy white colour. It has an earthy but sweet flavour and is great used in hearty winter roasts, soups and stews. 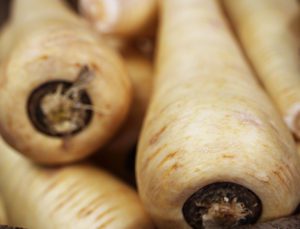 The term venison was originally used to describe the meat of any furred game, the meat is dark, lean and generally tender, though wild venison might be a little tougher. Availabilty from about 21st October to middle February, use the meat in stews, casseroles, pies and roasting, this meat love to be marinated for over 24 hours to Ooze flavour. 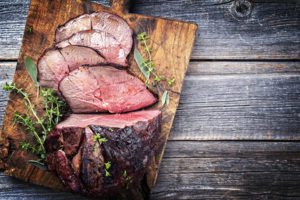 The cabbage, or brassica, family is huge, and includes everything from the familiar red, white or green varieties with tightly packed leaves, the round, crinkle-leafed Savoy cabbage and the pale, lozenge-shaped Chinese leaf are considered to be two of the best to cook with. The flavour of cabbage varies from type to type, ranging from savoury to gently sweet, but one thing they all have in common is a pungent smell if overcooked, so brief cooking is key, try gentle frying with a little butter or brasing in some stock cubes to get the flavour just perfect! 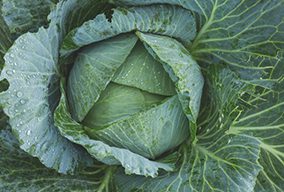 Fresh from our own herd, Spring Lamb has the sweetest of flavours. Many different cuts of lamb are available, which you buy depends on how you want to cook it. For roasts, the best cuts include leg, breast, best end of neck (also known as rack of lamb), shoulder, saddle, rump and loin this time of year. Lamb is also available minced (good for shepherd’s pie) and you can also buy lamb offal (mainly the kidneys and liver but also, less commonly, the heart and the sweetbreads), which is quick to cook, cheap and nutritious. Our butchers cut any size to suit… 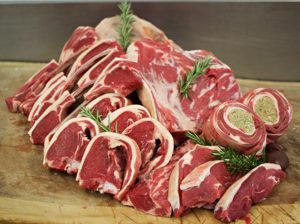 Celebrate early spring, forced rhubarb season is here with it’s bright pink stalks to sweeten up your cakes, crumbles and savoury suppers.  It’s stalks are watermelon pink in colour with pale, lime-green leaves, and it is the more tender and delicately flavoured of the two. The second, called maincrop rhubarb is grown outdoors and arrives in spring. Its stalks are deeper red and tinged with green, while its leaves are bright green. 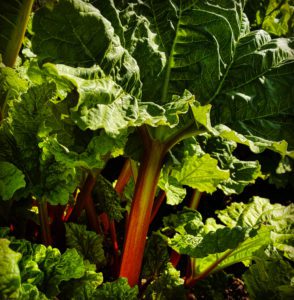