Traditional Quality Beef and Pork straight from the heart of Hertfordshire

We received a lovely email today saying how someone came into our farm shop in the summer and bought some of our produce to be used at the Cinnamon Square Bakery in Rickmansworth as part of the final for Britain’s Best Bakery.

We don’t want to give too much away (mainly because we don’t know either!) but they used our trademark Saddleback Ham, chives, free range eggs, leeks and gruyere cheese.

Look out for us (because we’ll be working this afternoon!).

The program Britain’s Best Bakery will be aired on Friday 7th February at 4pm to 5pm. 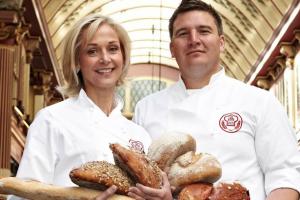