Family-run Foxholes Farm Shop of Hertford has secured a prestigious British business award after it was announced as the British Chambers of Commerce 2015’s Winner of the “Small Business of the Year” Award for the East of England.

Foxholes, which employs 18 people made it a ‘Hat-Trick’ with Chamber awards this year as their Managing Partner Catherine Smith beat off stiff competition from across Hertfordshire to be named “Entrepreneur of the Year” and the business won the award for “Excellence in Customer Service” at the Inspiring Herts Business Awards (aka Hertfordshire Chamber of Commerce awards) earlier this year. 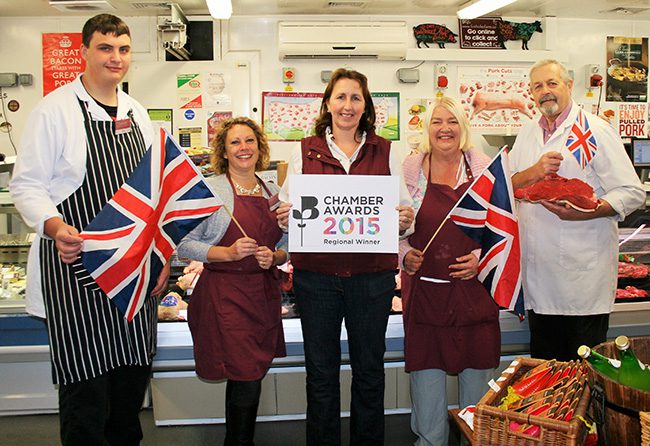 Catherine Smith, Managing Partner at Foxholes said: “I am so very proud of our team and delighted with the recognition that we have achieved at the British Chambers of Commerce Awards by winning this year’s “Small Business of the Year” award.  We work tirelessly to deliver high quality, locally produced food and gift items to loyal customers who are seeking an alternative to the major food retailers. At Foxholes we have invested heavily into staff training programmes, a new Tea Shop and a children’s play area which in turn has had a direct positive effect on our high level of customer engagement. We never sit still and aim to provide our customers and visitors with a unique, fresh experience on each occasion. ”

The Chamber Awards, now in their 12th year, are a highlight of the business calendar, showcasing the pivotal role local businesses play in the UK’s continuing growth story.

“The Chamber Awards are the perfect opportunity to take stock of the outstanding performances of UK businesses over the past year – something made all the more impressive by the continuing global economic headwinds they are facing. 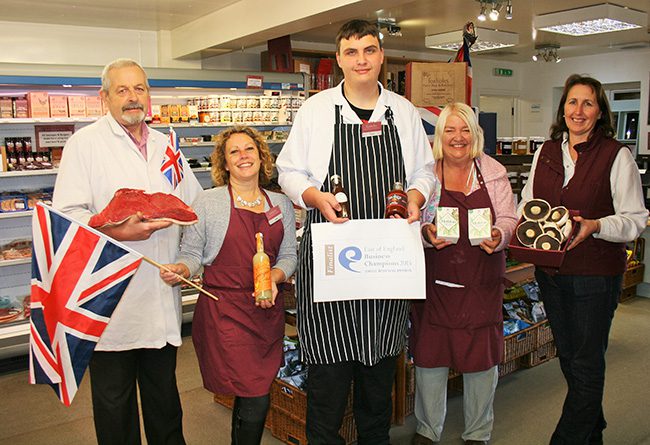 “The creativity and determination that has been shown by each year’s entrants never ceases to impress us, and is a source of encouragement knowing that our economy is being driven by such hard-working and talented professionals.

“It’s important that we recognise and celebrate these businesses, and ensure that we can provide the support and assistance they need to help them realise their growth ambitions, as well as sharing their experiences with their peers to help us to continue to develop a balanced and prosperous economy.”

Now in its 9th year, the competition is one of the showcase events for the ‘Business is Good for Britain’ campaign that highlights the role of business as a positive force for the UK recovery and the success of local communities and individuals.

Over 70 businesses have been selected in eight business categories from hundreds of entries right across the UK to win at the regional awards. They will now represent their region at the national finals on Thursday 26th November 2015 at The Brewery, London where one national winner will be awarded the accolade of Business of the Year and will walk away with a £10,000 cash prize!